Gears and Their Uses 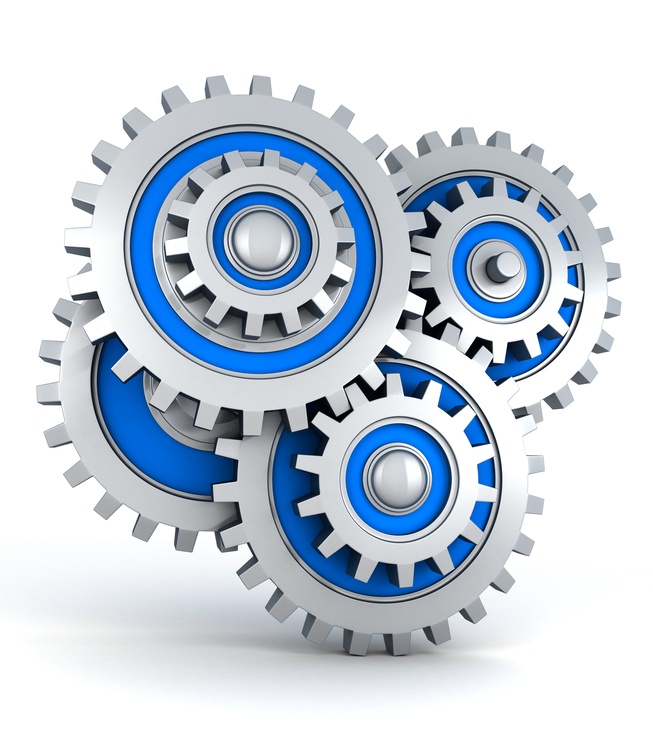 Did you know that gears are one of the oldest tools around that transfers motion? Gears comes in all shapes and sizes–worm gears, spur gears, bevel gears, and many more. Like the product they produce, gear manufacturers come in a variety–from gear pump manufacturers to specialized gears, like spur gear manufacturers or bevel gear manufacturers. These manufacturers are the expert in their field, able to answer almost any question you might have about how their product works or what it would work best with. Gear pump manufacturers in particular do a big business–gear pumps usually power every car’s oil pump!
What are Gears and Why are They So Important?
A gear is generally a round piece of metal that has teeth. In conjunction with another gear or part of a machine, it transfers torque. Gears are one of the most important mechanisms around because of their allowance of maximum efficiency in all situations. When gears are used, an energy source is given a mechanical advantage–increasing torque or speed.
What Are the Most Used Gears?
Worm Gears
Worm gears look very similar to a screw in terms of their shape. The worm gear is one of the older styles of gear, but it continues to be popular because of its function as a large gear reductor. The worm can usually turn the gear, but not the other way around, which creates a friction that keeps the worm in place. This friction can often act as a brake and are usually used with a spur gear. Worm gears are found in conveyor belts, rudders, car steering mechanisms, and hoists.
Bevel Gears
Bevel gears are typically found in one of two categories: the straight bevel gear or the spiral bevel gear. In the straight bevel gear, the teeth of the gear are straight and run parallel to the pitch surface of the bevel gear. In the spiral bevel gear, the teeth are curved and set at an angle. The curve and angle allows the spiral bevel gear to operate with less vibration and noise than the straight bevel gear. Cast iron is a common choice for the manufacturing of bevel gears because of its durability and long wear. They’re most commonly used on shafts fixed at a 90 degree angle.
What Is a Gear Pump and What is It Used For?
A gear pump has a very simple design: it uses interlocking gears to pump fluid out by displacing it. As gear pump manufacturers could tell you, gear pumps are used in a wide array of products, because of their low cost and simple design. Gear pumps can be used to pump anything from chemicals to pulp and paper to food and are so popular because of their versatility.